My Gawai experience was interestingly fun but unfortunately not as authentic as I’d like it to be. Pardon my ignorance but I imagine going to the long houses would involve boat rides or at least long hours of travelling.

I blame all the TourismMalaysia ads for that inaccurate perception.

Our ride to the long house was a comfortable less than an hour journey and it is located right by the main road. Yes, I was somewhat disappointed especially when this particular long house, like many others has ‘embraced’ the change of time.

Okay, I was extremely happy to see toilet facilities and electricity.

Like the original long house, Rumah Panjang Misson Timbak is made out of several houses. 23 of them. Or was it 22? Anyway it is considered small compared to other long houses. It is built on stilts and you are welcomed to the long ruai, somewhat like a hall, where the gatherings are held. 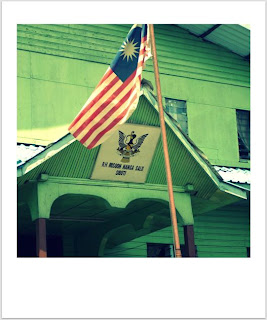 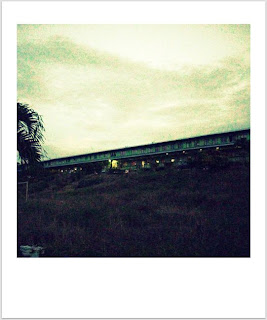 The view of the long house from the main road

Our host, Tuai Rumah Misson Timbak invited us to his home, which looked pretty much like every other houses; living room, dining room, kitchen, washroom and two bedrooms upstairs.

We were there the eve of Gawai as the celebration begins at midnight (apparently in other long houses the celebration starts earlier). While waiting, we had some local delicacies and of course plenty to drink.

The Tuai Rumah prepared the Ai Pengayu, the local rice wine called tuak for long life in a tajau (a type of jar), a month before the celebration and kept it at the centre of the ruai, which is then covered with the a pyramid like set-up wrapped with Pua Kumbu. The Tuai Rumah will only open the jar and take the first drink before sharing it with the rest of the long house residences. It is said that if the tuak is sweet, they will prosper for the year, and of course if it is sour, it will be a tough one. 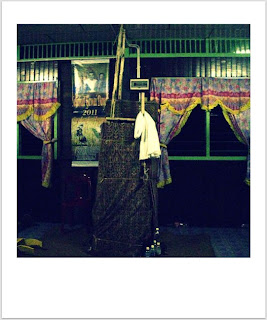 The residences played the gong and other instrument I am not familiar with. A few danced the ngajat, the traditional Iban warrior dance and one Bidayuh guy performed the Bidayuh traditional dance. 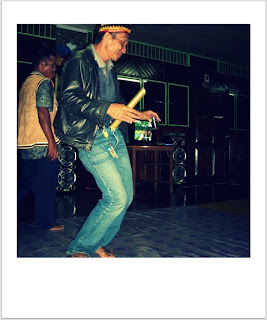 Dancing the Ngajat, yes that is a leather jacket 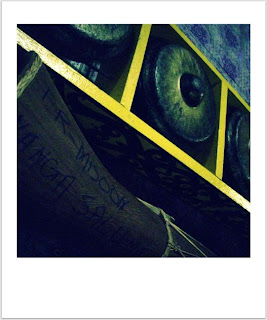 And, it is never a party, in Sabah and apparently in Sarawak as well, if no one sang their hearts out. Yes, people, it is karaoke time. 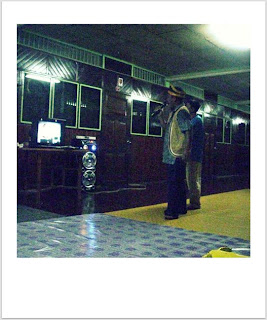 Few minutes before midnight Tuai Rumah wore his traditional Pua Kumbu vest and someone handed him a live chicken. I imagined it would be “messy” but Tuai Rumah handed the live chicken to another guy. The guy went out and came back with bloodied chicken feathers which the Tuai Rumah used to mark the “set-up”. He then opened the jar, took couple of sips of the tuak and nodded his head as a sign of approval. 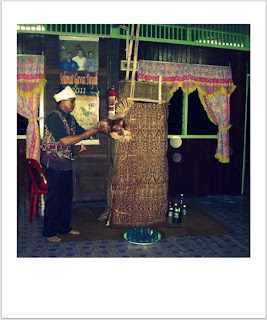 Then everyone shared the tuak for good luck.

I had three glasses just to be sure. *Hee*

It is also customary to visit each of the houses at the long house where each house will serve lots of food and drinks. And like most custom, it is impolite to refuse what the host offered. It was an interesting 36 hours [non-stop] of eating, drinking and making new friends. By the end of my visit to the long house, I could have rolled myself back to Miri happily. 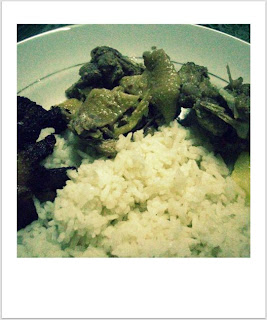 I was told this was a “modern” and simple celebration and there are long houses that still practice their full traditional custom.

I need to get myself invited to these long houses next year. 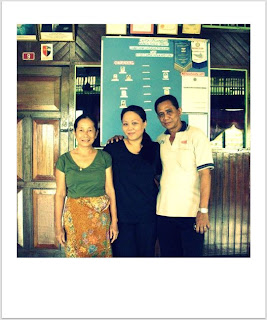