Everyone is sick.
After I let Ekiel indulged himself with a lot of satay and ice cream on Sunday, he is now coughing with tonsillitis which makes him feverish. *head hangs in shame* 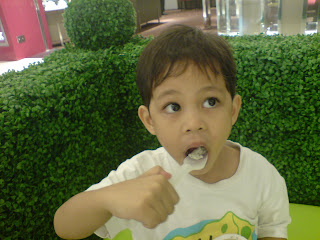 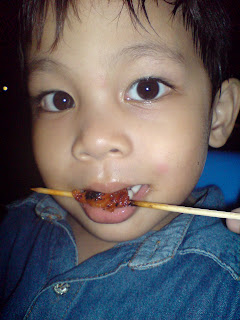 Other than his croaky voice, he is pretty much his playful self but I decided to bring him to the Hospital Lintas. To register him wasn’t a big deal. What irritated me was when I went to the assigned doctor, he or she wasn’t in and the nurse sent me to a different room. That’s when the waiting game begins.

Finally when our number was called, I was annoyed when the doctor only listened to Ekiel’s breathing and peek at his throat and prescribed cough syrup, Paracetamol and antibiotics for a week! The whole consultation only took about what, a minute? Two minutes the most.

Then the waiting game begins again. This time, the queue to get the number for the medication was moving oh-so-slowly. Finally after spending 1 hour 40 minutes in the hospital, we were out of there.

What irritate me the most is when the numbers after me was called first. Fair enough we were not assigned to the same doctor/counter but hey, I was there first what. *sighs*

I also don’t understand why the pharmacist would not open another counter number when they see more than 20 people queuing up waiting for that counter lady to take her sweet time to collect the prescription slip.

BUT I must say, thank goodness not all government agencies are like that. I finally renewed my passport last Sunday, yes they are open on Sunday from 8.00am to 1.00pm, and it only took me 1 hour 15 minutes! I got my new passport within an hour! How efficient is that!

Btw, Hospital Lintas is now open from 7.00am for consultation on minor cases only. You could register as early as 6.30am! Yes, register before the sun rises (well, depending on what day of the year it is la). *woohoo* 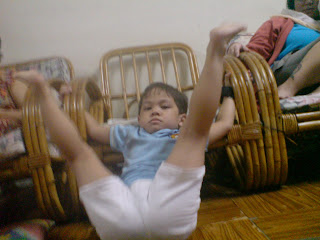 Posted by angelicbug at 5:05 PM