Things happen for a reason.
I believe that is true.

But there are things that should never happen.

How do you tell a mother that her child died for a reason?

I am pretty depressed these days.

I don’t know why.

Well I do, but I am just going to blame the weather.

I was with a Korean Media group who doesn’t speak much English. While they were busy talking with each other, I just sit/stand there, smiling and nodding my head and all. It sucks really (sorry office people!) but it is a waste of my time really but work is work. My presence there is to solve problems and attend to their last minute request.

Anyway, we were seating around the table during lunch and they were babbling in Korean when I heard my names mentioned. Many times. I just smiled at them and stared at the dim sum. I knew they were talking about me but what was said has to be the weirdest if not the dumbest thing ever. The Korean GSA who works for the Resort turned to me and told me that the TV host said I look like Rain. Yes, RAIN! The Korean dude.

In my head, I vomited my lunch but all I said was, “I don’t think so. He’s prettier than me.” 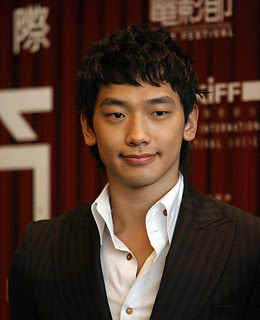 Lame. I know but what else am I supposed to do? Graciously accept it as a compliment? Come on larr. He compared me to a dude! Yes, he has a nice abs but HE’S A GUY.

This is not the first time someone told me I looked like a guy though. The first incident was when a stranger approached me at a bus stop and asked whether I am related to a guy in Keningau because I look so much like him.

This is so not good for my self esteem.
I suddenly have this urge to put on a dress, curl my hair, wear fake eyelashes and loads of makeup and sway my hips in my stilettos.

But I am just too damn tired.

Posted by angelicbug at 6:25 PM