Once upon a time when I really thought I could be anything I want to be, I wanted to be rockstar (among many other things). The dream died a natural death but my lust for musicians continues. *drools*

I love the aura of coolness oozing out of the musicians every time they are on stage. I want to do nothing but just bask in their presence. No, I don’t think I want to throw my used undies at them. That is so *yuck*. Lacy bra maybe. When I am pissed drunk, fall flat on the ground, hit my head twice and lost my memory kind of maybe. *ROTFLOL*

I just want to say, some of them are yummilious. *wipes drool*

And no, I don’t have a steamy musician story to tell.

Someone left me this in my FB testimonial “Ex-party lover”.
When did we break up? I’ve slowed down tremendously but I’ve never stop my liking of a good party. I love the energy and excitement and I don’t think I will ever retire from the live band scene which worries me a little.

Seeing that older woman the other night, ungracefully seducing the lead singer, literally at his face in front of everyone for people to ridicule, scares me.

Me: If I am ever like that, please slap me silly.

Those days my friends and I used to stalk every place that showcases brilliant live bands. Yes, we were crazy enough to go clubbing on a working Monday night. I can’t even remember which band was playing then but they must be good. Actually anyone who is willing to be sandwiched in a cramped and stuffy club is crazy right?

Thankfully I still have friends who shares my passion for live bands, though their motive of going may be influenced by the cuteness of the musician, but in the end it is all about having a good time no? No matter how steamy the musicians are, if I want to pull my hair out every time they start singing, I rather spend my night surfing the Astro channels whining why there is nothing to watch on TV.

When I saw DB8 performing in Le Meridien, I was ecstatic. This was and still is one of my favorite bands ever. You think I’d go to Rumba every chance I got? Of course lah and I still cannot get enough of them. They’re so good and fun, you want to kiss or pinch all the members’ cheeks silly. I swear. Of course this is my personal opinion but I am sure many would agree with me too.

If you don’t believe me, go check them out and let me know what you think.

Fyi, this is not a promotion for Rumba ya.
I just want to share my so-called obsession at the moment.
So, if you’re in Rumba and you see me shaking my booty, don’t be shy and say hello kay? 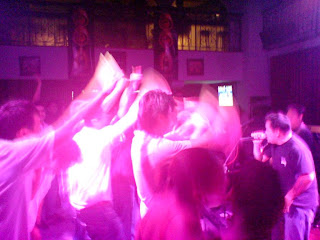 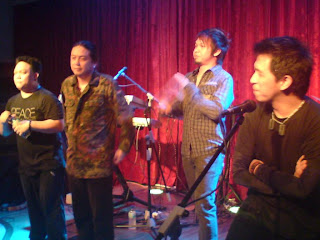 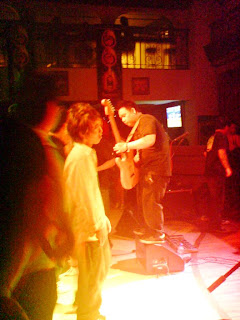 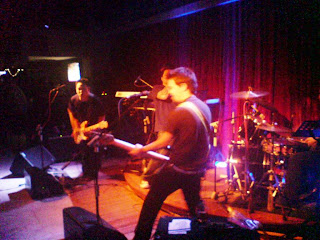 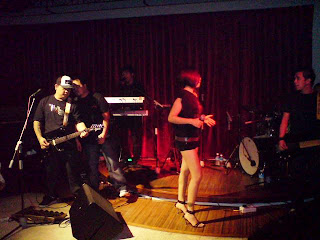 Posted by angelicbug at 4:52 PM