Seven more hours before the year ends. The whole house is busy cooking and what not, while I sit in front of the computer wishing everyone a good year ahead, blah blah blah. Besides, from my years of experience, it is wise to stay away from all the commotion. I’ll stick to scrubbing pots and pans anytime.

Christmas was very good. It could be better, I know it could but I was just too exhausted to play the bubbly hostess.

“There’s no game this year, blah blah blah”. *sighs*
Oh well. We can’t make everyone happy can we?

2009 was a great year despite the whining. I am grateful for everything that had happened this year.

The list goes on but this is all I can think of at the moment. Will update later.

For next year, I wish the year would still be kind to me. I have so many things to look forward to and among them are my Manila and Ho Chi Minh trip. *woohoo* Hopefully work will be better and there’s positive progress in other areas of my life. *winks* 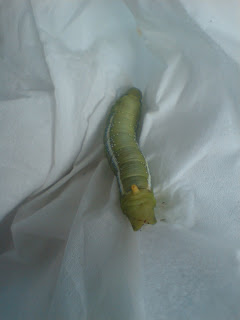 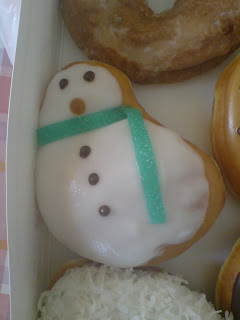 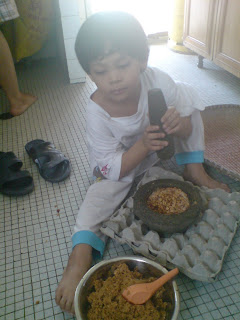 I cannot wait for the post Christmas/pre New Year holidays!!!

I have used up all my energy and patience dragging myself around the past couple of weeks. The last three days of break wasn’t enough, especially with the subtle but nevertheless annoying migraine I’ve been getting lately.

Which explain the mood swings.

Unfortunately, I am not the only Christmas grouch around. People are grumpier and more agitated this year and I could give you a long list of reasons for this un-Christmas-sy behaviour.

They say, “This is the season to be jolly”, but it’s easier said than done.

A friend was scheduled to go home this Wednesday to celebrate Christmas with her family but unfortunately, her dad passed away this morning. We didn’t know how to console her when she asked “Why didn’t he wait for me?”

I know it won’t be easy but let’s make the best out of whatever circumstances we are in.

I am now more determined to make it one memorable Christmas even if this means I have to drag myself around until Christmas.

I’m still here people.
I’m just a little busy catching up with life.
Life shouldn’t be this complicated but it is.

I am not just talking about work, but everything else as well.

Ekiel has been complaining about me going to work these days.

This morning when he was upset I would not skip work and stay with him at home, I told him we need the money to buy Christmas presents. He made me depressed when he said, he already got the Christmas computer from last year and he doesn’t need a new one. *sighs*

I love that boy so much, I sometimes worry I would not be able to love another [child] the same way.

Someone whom I barely know asked me a question that left me speechless the other day.

“So, are you going to have another child?”

I looked at another friend for help but instead she was waiting for my answer too.

“Err… maybe another one. The proper way of course” I replied, while planning my escape route in my head

She went on saying I am lucky to have such supportive family.
I agree. I am very blessed indeed. 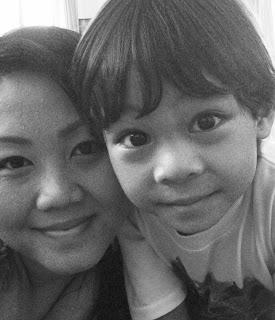 Posted by angelicbug at 10:15 AM No comments:

Why am I so bloody happy comes December?

I don’t know. There is just something about December that is so contagiously joyful. The air smells fresher. People seem to be in a better mood. Christmas carols give me that tingly feeling that I like and I swear I have more love (and patience!) for everything and everyone. Okay, I may exaggerate on that one but I do *heart* December.

I have done my Christmas shopping, well except for Ekiel’s that is. *pats on shoulder* Yes, I surprised myself as well. I already have a present theme for this year, so it was easy. My only problem was to find the perfect fit. *winks* I also shop early because I worry I may use the money for something else, yes, I am weak like that, and of course to avoid the crazy Christmas shoppers.

I told Ekiel to pee the tree.

I know what I want for Christmas but the chances of pigs flying are much higher. *sighs* What to do? That’s life. Definitely applies to me only, of course. The world needs a tragic comic, and that people is the purpose of my existence. Until I fix the mess in my life, I hope. *fingers crossed*

Till then, grab a beer, and enjoy the show.

Have a good December people.

I shall attempt to finish this post in 15 minutes before I have to go and enjoy the rest of my weekend.

Not everyone is blessed with common sense. Yes, this topic again. I just don’t understand all the 5Ws and 1Hs of these idiotic people. I also don’t understand why people like me allow them to walk away with their stupidity like that. *head hangs in shame*

I went to Carrefour Subang with my sister when I was in KL recently. We were at the basement car park looking for parking when we had to stop behind this fancy car (I can’t remember what car was it but it has a royal crest at the plate number thingy) who was waiting for another car to reverse out from the parking.

The idiot with the fancy car, let’s call him IFC, waited so close that the other car had problem trying to get out of the car. IFC did not even bother to reverse his car a little to make way. Finally the other driver managed to manoeuvre his car out. By the way, this parking spot is next to a pillar, so imagine the little space available.

IFC wanted to drive into the parking bay but because he is a selfish idiot who did not want to reverse to give space to the other driver, he himself had problems getting into the lot. Serve him right. However, at one point, he reversed and bang into the car parking across the lot but unfortunately IFC is an a** who doesn’t give a shit about anyone or anything, did not even bother to check the other car or his for that matter. He went straight in to the mall after parking.

When we drove pass the car he bang, there was only a mark on the bumper. The second time we passed by it, the owner was loading his car and she didn’t seemed to notice the mark. I told her “Makcik, some idiot bang into your car while trying to get into the parking lot”. Unfortunately I did this in the car with the windows up. I am pretty sure she didn’t hear me.

Another incident happened at one of the Bah Kut Teh outlet in KK. The place was super packed and I was enjoying my soup when we heard glass breaking. A well dressed lady knocked down the bowls at the counter with her expensive bag. Instead of apologizing, she was unhappy, walked off and sat at a table grumbling. Everyone just looked at her and went back doing whatever they are doing.

Shame on these two idiots. Someone told me this is how the world works. People with money get away with everything. *sighs* As much as I detest that statement, I must admit that it is the truth.

So, I may not have the guts to tell these people off but I will make sure my son and I do not behave in such ways. In the end, people will not remember how much money we have or what branded stuff we wear, but they will always remember the little things that we do.