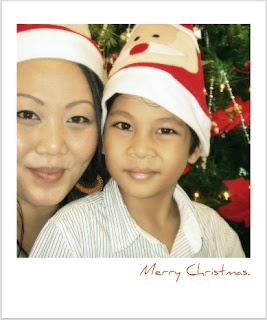 Posted by angelicbug at 7:24 PM No comments:

When everyone was talking about Ombak Rindu, I got REALLY curious and started searching for reviews and what not. With all the glowing reviews I managed to convince the girls to watch the movie.

Let’s talk about the other cinema goers first.

You know it’s an adult love story. Why do you bring your children with you is beyond me. It’s okay that your kid keeps poking me with her tiny hands from the back but when your kid starts to scream and you talk to the kid like you guys are watching TV at home, is a big NO-NO.

And when the ‘bedroom’ scene begins, don’t complain there are kids in the cinema.

The thumbs up
Maya Karin (Izzah) was awesome. I like the fact that she dresses the way a real kampong girl would dressed. No fake eyelashes and clown make-up like other dramas/movies. The frizzy hair, the towel to cover her hair was nice details.

Is it just me or is Bront Palarea (Mail) looking really handsome in this movie?

The thumbs down
Mila’s makeup was too much. I know she is supposed to be a celebrity but her eye make-up makes her look as if she just got punched in the eye.

Hariz’s mother’s makeup was over the top. I wonder how many can of spray hair their use.

Mail biting that paddy stalk or whatever it is was too… unnecessary. First time, was okay la. But again and again on different scenes?

Too many ‘fade in & out’ (I have no idea what is the term for that editing) in between scenes.

There was a ‘romantic’ scene where Izzah & Hariz on the huge rocks by the beach, the moment died when someone walked aimlessly at the back.

Censorship board failed. They missed out the word 'slut' or is that word acceptable now? Hee.

Despite the lovely speech about redha and pasrah speech, the scene where Izzah & Mila sitting at the pondok also died when Maya Karin’s audio thingy made an appearance. *sighs* Come one, no one from the production crew saw that thing?

Maybe it’s just me. The movie is good nevertheless but I imagine the book would be better kan?
I will update once I finished reading my sis' copy. That's her Christmas wish. Hee.

By the way, if you’re watching the movie, bring tissues. Lots of tissues.
Posted by angelicbug at 10:31 AM No comments:

Black. That was the theme colour of my wardrobe many moons ago. Black IS the colour for big sized girl like me no? To give the slimming 'illusion'?

But then, when I look at myself in the mirror, I see a zombie so I added army / apple green to 'spice' things up.

Yes, I was not a colour adventerous at all.

Then one day, I woke up and decided that I love baby pink. It is the total opposite of me, but hey, it makes me feel so 'pwetty'. Hehehe.

When the whole orange fever hit almost everyone in the country, I didn't understand the fascination. Not until I bought an orange top because of the lack of colour choices and it kinda make my half-tanned skin glow. Happiness. Unfortunately, the colour screams for attention and I cannot deal with that.

I have always love Turquoise but I do not dare to wear the colour until recently.

And now, I think I am having a mid life crisis. You know how middle-aged men buys flashy cars? I am so attracted to bright BRIGHT colours and it is scary.

I have bought few ‘loud’ pieces, but I have yet to wear most of them. I have no idea where to wear it anyway. Hehehe.

I know I look crazy to some, but hey, we have to have ‘confidence’ to look good in whatever we wear. Even when we have to fake ‘it’. That’s Fashion 101 no?

Posted by angelicbug at 11:33 PM No comments: