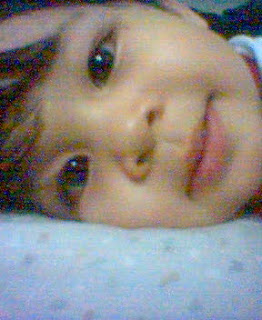 Where was I? Oh yes, the lunch. After they had enough footage, they stopped for lunch. By then I already lost my appetite but I must say the steamed crab was really YUM.MY. Then we had "story-telling" session with the island staffs and also the ground handler for the group. I said story telling because the things they share are unbelievable. *Rolls eye*

Then we had another shoot where we were supposed to head back to the boat. Had to shoot that scene six times because the cameraman wants to shoot different angles. I was shy because everyone was looking at us. I know I know I am just the extra but still shy larr.
Then it was the boat shoot. That gave me a headache because the boat was wobbling a bit. Again repeated shooting because we’re not in frame larr, we didn’t smile larr. Mann... it’s not easy being an actress isn’t it? But we managed to finish the whole shoot without any damage. Yes the whole experience was tiring BUT I did learn a couple of things about handling a media group, so hooray for me. Sorry ya, the details are so fuzzy so I got to keep it short before I mixed it up with episodes from my imagination. Hee. 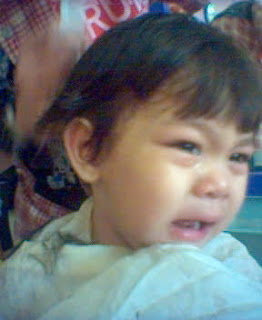 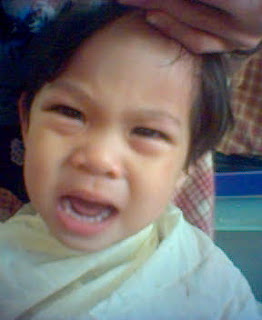 My weekend was a little slow. Brought my son for his third haircut and it was... well memorable. Every time I mention hair cut to him he will shake his head and say "No". So last Sunday we went to his "hairstylist" (four hairstylist gave up trying cutting his hair because my son would not sit still!) and before we went in the saloon, he already refused to go in with us. Can he actually remember the place after visited it three times only? Anyway I dragged him in and he started sobbing. It was painful to see him so sad like that but he really needed a haircut. I had to carry and hold him in my arms while the hairstylist did his thing. He was crying, screaming and turning his hair around. He didn’t end up looking like an accountant this time but he looks so different.
On Monday I had another last minute media group I needed to take over. A Korean group doing their photography recce for some men’s clothing line. The model is one of Korea’s top male celebrities. Many of my colleagues from the other department are so excited about the celebrity. *rolls eyes* I hope they won’t make me go and get his autograph or something, which some of them had shamelessly asked me to. I have never done a recce before but thank goodness my boss was around to lead the first one-hour of the recce.

We took them to locations, which we think was appropriate for their shoot. I really need to get a good working cum walking shoe. I don’t know how my boss can walk around in her very high heels. *salutes my boss* The sun was shinning today and the uniform I wear is not sun proof. It was hot hot hot. I was walking around like a headless chicken because I wasn’t sure what they want and to make it worse, they themselves not sure what they want. So basically I had to arrange everything on the spot. Luckily, those Koreans weren’t so fond of walking so they cut a lot of the locations we were supposed to inspect. In fact they decided to shoot within one hotel only so it will not inconvenient the celebrity. Thank goodness for that.
Today (Tuesday) the celebrity arrived and they started shooting at 7.00am. They started earlier than scheduled and failed to inform anyone. Luckily the management didn’t know this otherwise there will be a lot of explaining to do. Met the Korean celebrity. A pretty boy. They are all very pretty right, those male Korean superstars? He’s such a snob too. I smiled and nod when I saw him but he just walked away without even looking. Wtf? Just because he’s some so-called superstar he doesn’t have to be so arrogant right? I mean, come one man, you’re no Heath Ledger or Josh Harnett (I think they’re in the same age group) then maybe I would go a little crazy. Anyway, it didn’t matter larr. I am just there to do my job.
It was quite difficult telling his fans (yes he does have some fans) to stay away and no photography allowed. He doesn’t even acknowledged his own fans. *tsk tsk tsk* He did signed one autograph and that’s because the boy actually chased him and was blocking his way. *evil laugh* Hey, I am not paid to be his bloody bodyguard.

My feet are still aching from all the walking yesterday. I also got a tan from the hot sun but unfortunately that tan is only on my face so I look kinda imbalance. Oh well. I should have known better and wear sunscreen right?
Posted by angelicbug at 11:00 AM